You are here: Home / Holiday / Christmas / Undecorating: The Christmas Tear Down Mess

UNDECORATING AFTER CHRISTMAS IS ALWAYS A DAY I DON’T LOOK FORWARD TOO. I LOVE THAT MY HOUSE WILL BE BACK IN ORDER AGAIN, BUT THE MESS BEFORE IT GETS THAT WAY IS NOT ANYTHING TO LOOK FORWARD TO!

The day after Christmas it happened: I took one look at the railing garland and knew if it stayed up one more day we’d have a house fire waiting to happen. So to avoid such an occurrence I decided I’d carefully take it down and dispose of it. Well one thing led to another and before I knew it my entire place was in shambles. 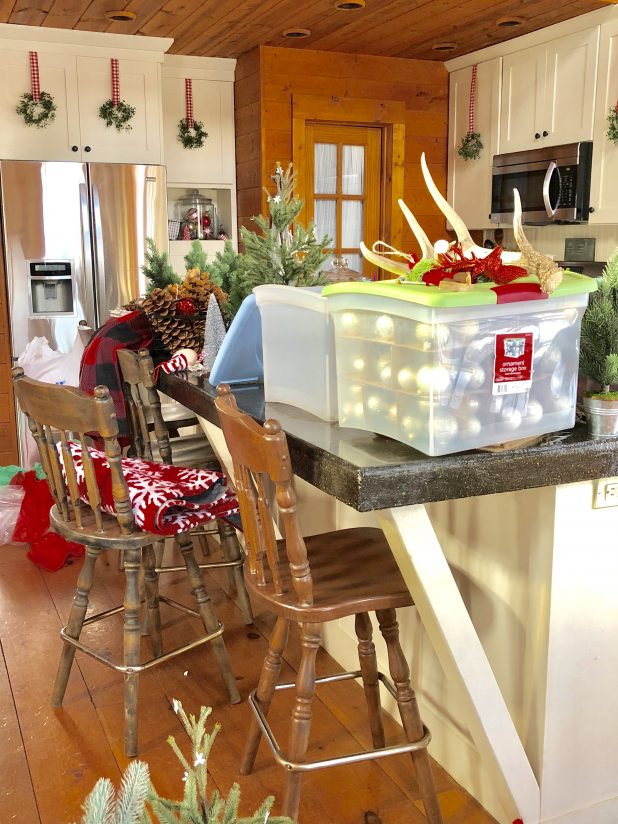 The garland started falling apart, which led to having to sweep the loft, the stairs, behind the sofa, and on and on. You’re getting the picture….I couldn’t just leave things half done, or undone in this case so I went to the basement, lugged up the Christmas totes, and started dismantleling the place. I just couldn’t help myself, once I was on a roll there was no stopping me.

I did find it took exactly the same amount of time to decorate as it did to undecorate. I don’t know why but for some reason I had it in my head that undecorating would go much quicker. Boy was I wrong, but after working most of the morning the place was back to normal. Wow the place feels so big again without all the Christmas stuff going on.

Giving everything a good dusting, vacuuming, and rearranging felt good. I know many people don’t take down their tree this early but I was ready and I always work better on my own so I tackled this project while everyone else was at work. Good by 2017 I’ll see you all again in 2018!