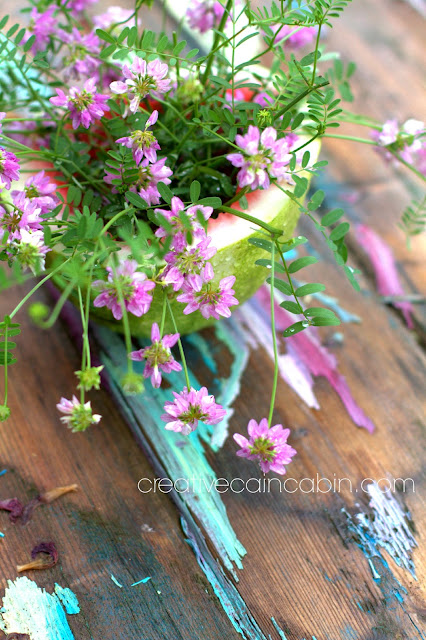 Who would have thought a watermelon rind could make such a
pretty vase? 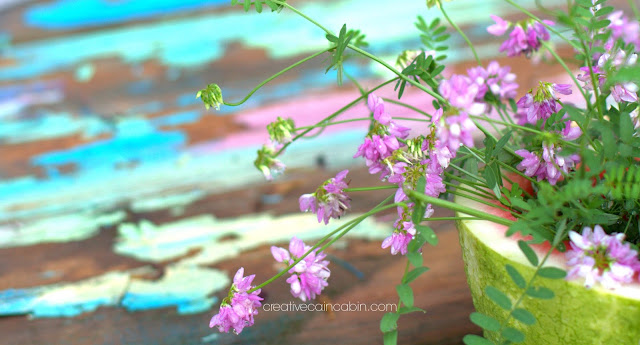 I was outside watering the garden and when I came in I noticed Hubby had cut up the watermelon that was sitting on the island. 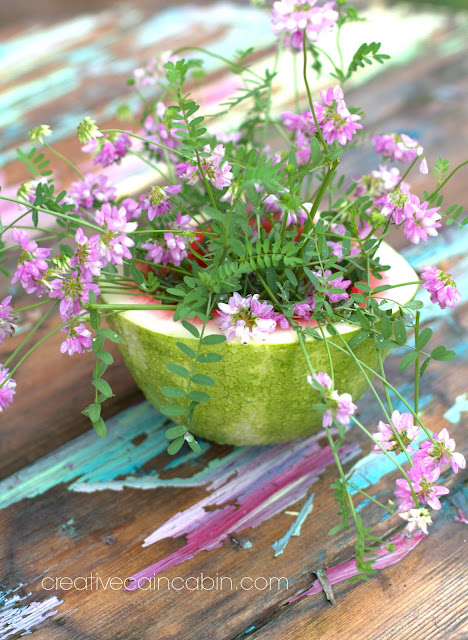 In the sink sat the hollowed out rind, waiting to go to the compost bin. 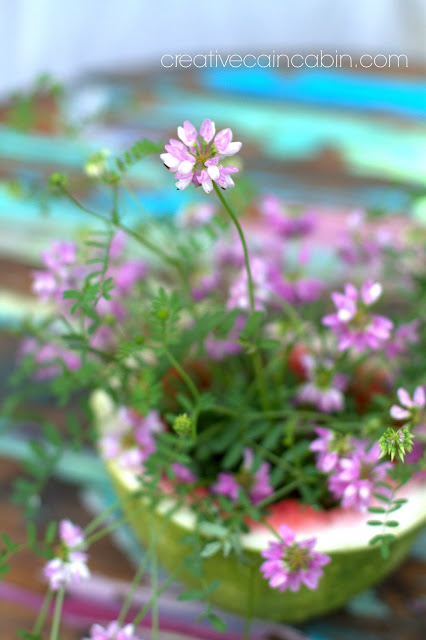 I have no idea why, but I immediately thought that it would look beautiful filled
with flowers and put outside on my old chippy table. 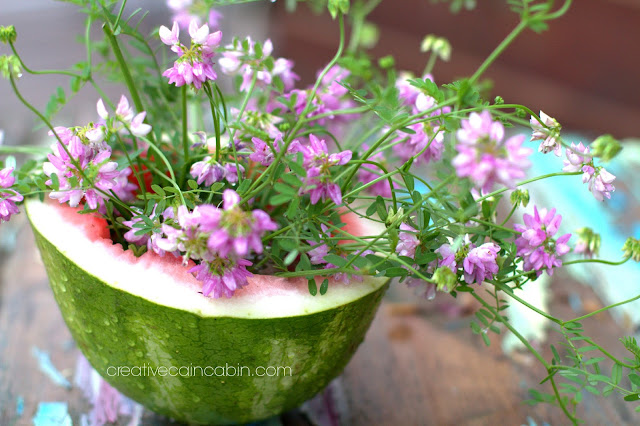 Back outside I went to cut some flowers.  I haven’t a clue what these are called they just appeared this year out in the field.
They grow low to the ground and come in the most beautiful shades of lavender and hot pink. 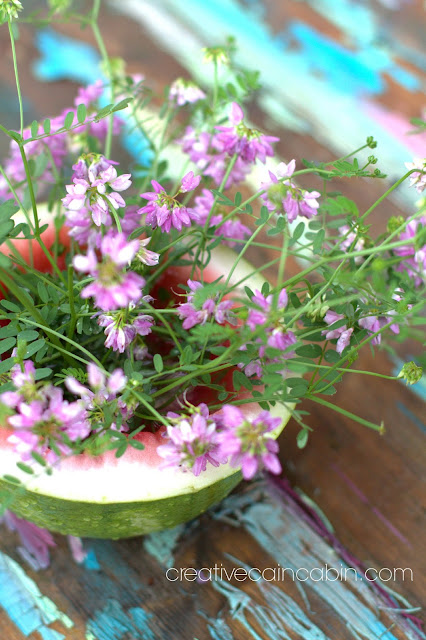 All I had to do was add water the the rind and stick the flowers in. 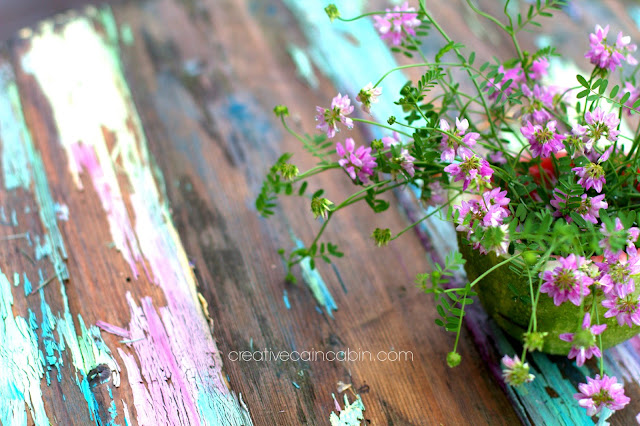 I think it makes for a fun, colorful, summer centerpiece.